Mount Elgon is the shell of an ancient volcano. Its highest peak, Wagagai, reaches 4321 m, making it the 4th highest peak in Africa. Though much erosion has taken place, the remaining oval shaped caldera now measures roughly 7 by 8 kms, one of the largest in the world. This 1145 sq. kms park shares its eastern border with Kenya. 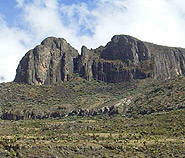 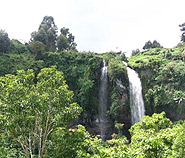 waterfalls
One of the primary goals of the park is to conserve and restore the valuable natural resources of the areas including the water shed and the bio-diversity. Conservation of this land provides an opportunity for visitors to enjoy the wonderfully wild and exciting scenery of this mountainous area. Its main attractions are its waterfalls, caves once used by indigenous people, Hot Springs, the mountains vegetation, the various peaks, the Suam Gorge and the caldera itself.

Many animals are found in the park, but because of earlier harassment by poachers, they are shy of humans. You may spot Cape buffalo, bushbuck, black-fronted duiker, tree hyrax and bushpig. Leopard and hyenas also live in the park, and elephants have recently been returning to the areas from neighbouring Kenya. Primates that are found there include blue monkey, baboon and black-and white colobus. Some interesting birds that are often sighted Ross' touraco, casqued hornbill, gregarious hornbill, crowned eagle and lammergeyer. 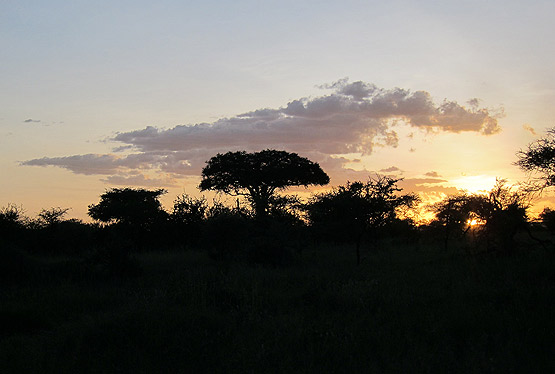